Halkyn or Helygain  in Welsh, is a village in Flintshire, north-east Wales and situated between Pentre Halkyn, Northop and Rhosesmor. At the 2001 Census the population of the community was 2,876. Halkyn Mountain Common lies between the Clwydian Range to the west and the Dee estuary to the east. It’s an area that has been in continuous occupation for at least 5000 years. What we see today is a direct result of Neolithic, bronze age, iron age, Roman and later people all trying to make a living here. 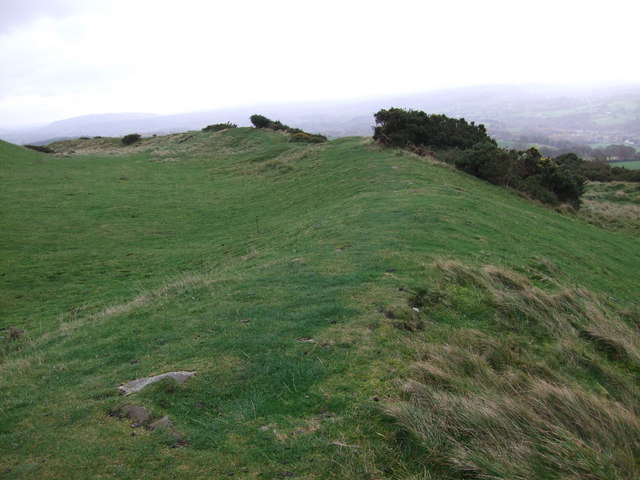 Moel y Gaer (Welsh for “bald hill of the fortress”) is a prehistoric hill fort located on a summit at the southern end of Halkyn Mountain. Lead ore was first mined in Roman times and was then smelted at Flint. The lead that was produced there was stamped with the inscription Deceangli (Welsh: Tegeing, which was the name of the Celtic British Iron Age tribe occupying the area. In the 17th century an intensive period of lead mining began. Shortly after, new rich veins were discovered and these were quickly exploited, bringing a large number of skilled miners especially from Derbyshire to live in Halkyn.  A road, Buxton Lane, is named after one of the main towns of Derbyshire.

The existing villages of Pentre Halkyn, Halkyn and Rhosesmor grew rapidly in these times as more miners came to the area. New communities were developed as the villages grew, to house the newcomers. This resulted in the development of the villages and hamlets of Rhes-y-Cae, Moel-y-Crio, Wern-y-Gaer, Berthddu, Pant-y-go and Windmill. By the 19th century there was a  problem of flooding due to the digging of deep drainage tunnels, with the most important being the Milwr tunnel that leads from Loggerheads to Bagillt. Mining ended in the 1970s but quarrying is still an important local industry with two limestone quarries in the surrounding area. The last lead mine closed in 1987 but you can still see evidence of the old mines. Look carefully and you may spot shaft craters (depressions in the ground), large spoil tips, capped shafts (sealed in the 1980s with stone and concrete) and surface lead veins e.g. at Long Rake, Rhes-y-cae. For more information on this fascinating area, have a look at the website at www.halkyn.org.uk and www.halkynmountain.co.uk